The Universities Space Research Association (USRA) has a storied heritage that traces back to the formation of the Lunar Science Institute by the National Academy of Sciences in 1968 at the height of the Apollo program. 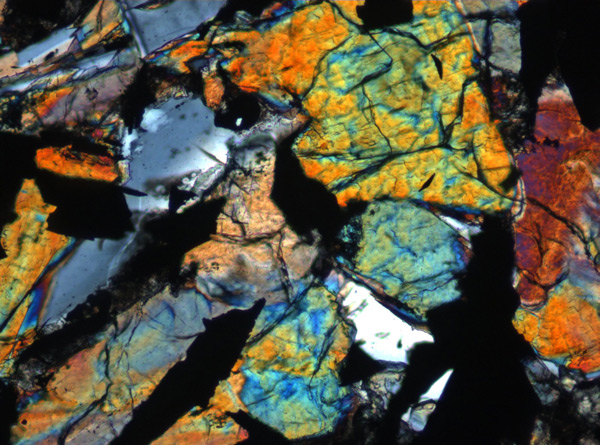 USRA was created in the context of a national research and development (R&D) policy that dates from the end of World War II. The crux of the policy is that in the United States research universities are the backbone of the nation's R&D infrastructure. As noted by Charles Vest (1941-2013), the former President of MIT, the idea for the development of the policy was simple:

The federal government would pay for the conduct of research in universities, and these research grants and contracts would enable and directly support the education of graduate students. Thus each federal dollar accomplished two objectives - generating new knowledge and technology, and simultaneously supporting the education of the next generation of scientists, engineers, and doctors.

James Webb (1906-1992), the second NASA Administrator, understood and supported the university-oriented national R&D policy of the United States. In fact, Webb looked upon universities as the principal vehicles for building a "Space Age America." 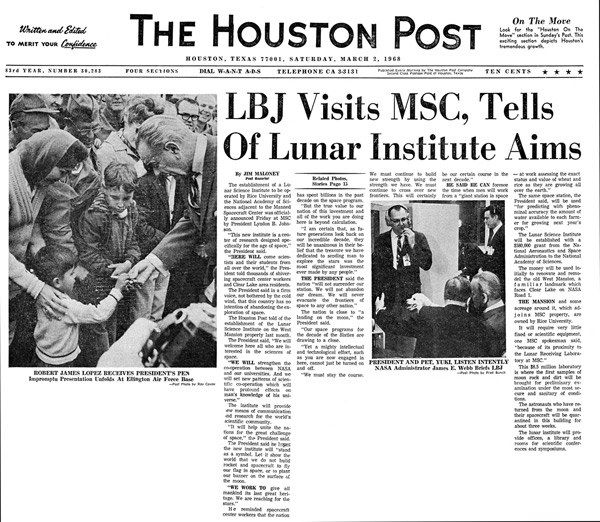 At the Manned Spacecraft Center in Houston, President Lyndon B. Johnson announces the establishment of the Lunar Science Institute, to be operated by the Rice Institute and the National Academy of Science.

Webb knew that the first opportunity to engage university faculty and students with NASA in a major way would be in the analysis of lunar samples returned to Earth during the Apollo exploration of the Moon, but he anticipated that in the coming Space Age, NASA would need the involvement of universities in a wide variety of research and technology disciplines. Webb's desire was to strengthen universities, but he was concerned that an intensive involvement of university researchers in large, complicated NASA missions might weaken their ability to carry out their campus responsibilities of teaching and training graduate students.

With these considerations in mind, in the fall of 1967 Webb turned to Frederick Seitz (1911-2008), the President of the National Academy of Sciences (NAS), for help. The immediate need was the involvement of university scientists in the analysis of rock and soil samples that would soon be returned from the surface of the Moon, and Webb suggested that a consortium of universities be formed to manage that task. Seitz agreed to help Webb, and he immediately began a thorough deliberative process that eventually engaged representatives of more than forty major research universities The planning process involved not only the formation of a consortium of universities that would assist NASA and the university research community with the analysis of lunar samples, but, more generally one that would meet Webb's vision of an organization that would a, help university researchers perform on large NASA missions without adversely impacting their university roles, and b, help NASA draw on university expertise to improve competencies of civil servant researchers at NASA Centers as the need arose.

X Close
THE CREATION OF USRA

At the end of more than a year of planning, USRA was the new organization that was agreed upon by the NAS, NASA, and representatives of the university research community. USRA was incorporated in the District of Columbia as an independent nonprofit association of universities on 12 March 1969. 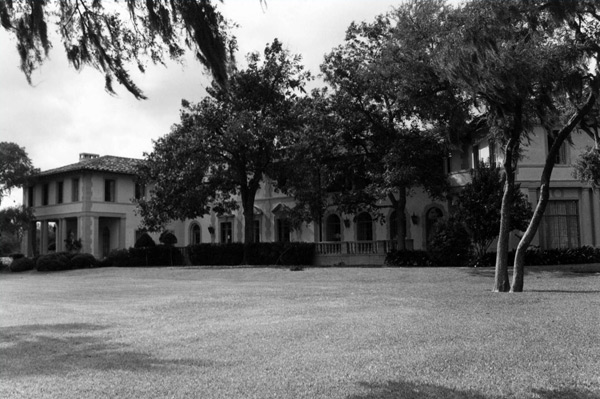 West mansion in Clear Lake, Texas, circa 1970, home to the Lunar Science Institute.

USRA soon took over the management of the Lunar Science Institute (later renamed the Lunar and Planetary Institute). In the following decades, the Association has managed a number of different institutes and programs in disciplines that include: 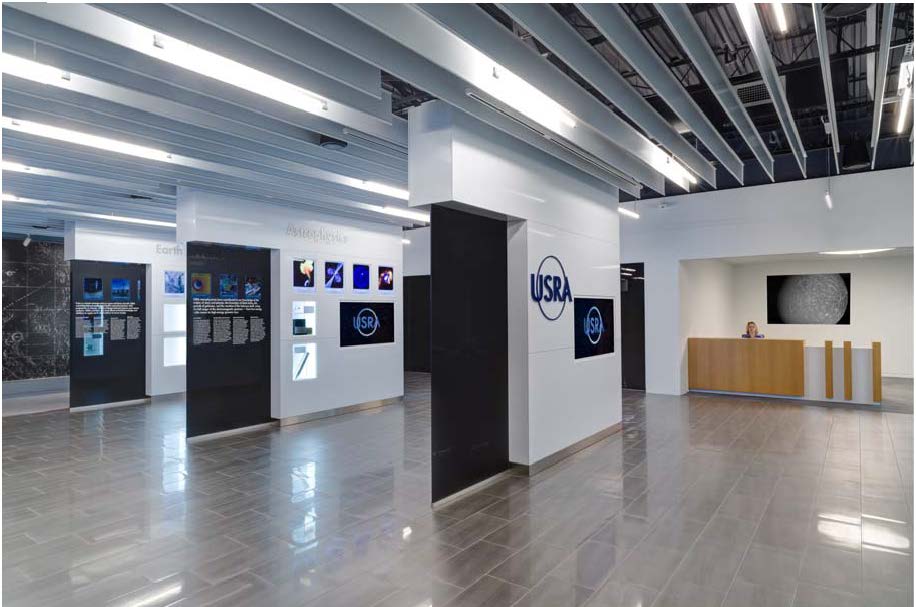 Though USRA has managed institutes and programs in a wide variety of areas and for different sponsors, its principles of operation have remained as envisaged by James Webb, namely to conduct research and manage programs in ways that support both the university space research community and federal agencies.