Assessment of outdoor illumination conditions before and after the 6.4 magnitude earthquake that rocked Puerto Rico on January 7. This preliminary analysis was conducted using the NASA Black Marble suite of satellite products derived from the Suomi-NPP satellite. Image courtesy: Universities Space Research Association (USRA). 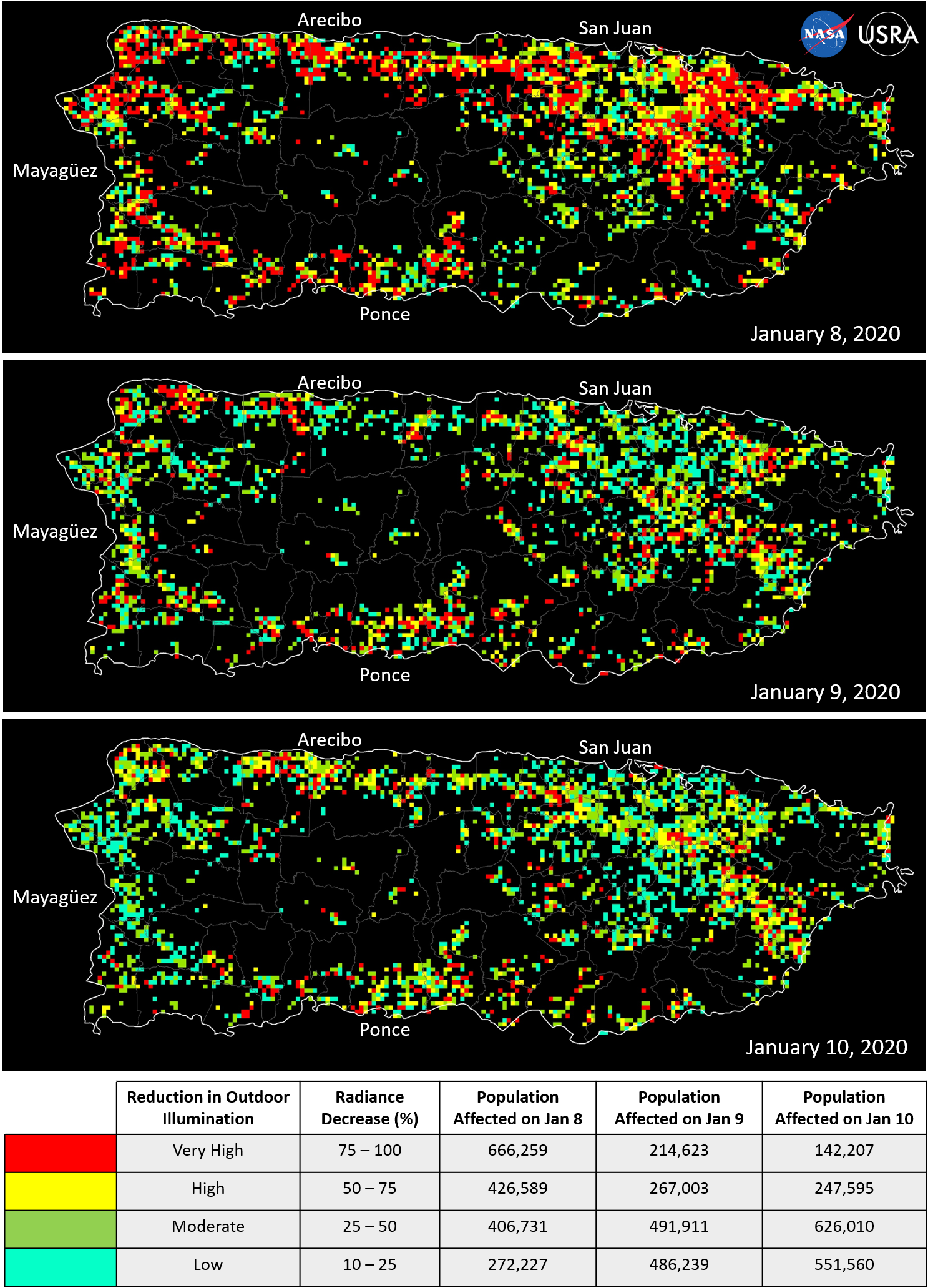 These Black Marble maps show the impact of the January 7, 2020 earthquakes in Puerto Rico on electric service across the island. The first map from January 8th tracks the initial outages after the earthquake, while the January 9th and 10th maps show some recovery, particularly in the densely populated areas of San Juan, Ponce, and Arecibo. It is notable that though the earthquakes were localized in the southwest of the island, almost 40 miles west of Ponce, its impact on electrical service was felt throughout the island. Several power plants were located in the region hit by the earthquake, including the Costa Sur, AES, and Ecoeléctrica plant, cutting the generation capacity of the island in half.

The Black Marble preliminary results are meant to inform disaster response efforts, but also to improve understanding of how Puerto Rico can become more resilient to natural hazards and climate-related disasters in the long term.