When power utilities’ monitoring services are disrupted during a hurricane, novel satellite technology comes to the rescue

Historically, data provided by utilities have been the sole source of outage information for response operations. However, in the case of Hurricane Maria, little information was available from PREPA, Puerto Rico’s sole power utility, due to disruption in monitoring systems. To map areas that were hit hardest and to track the recovery of the grid, EfSI scientists used satellite technology, called the Black Marble, to measure changes in night lighting before the storm, and during days post-Maria.

The Black Marble Product Suite is a novel satellite product with the capability of tracking power outages and power restoration at the street-level, both within cities and in remote and isolated areas that may be difficult to reach.  The maps created from Black Marble over Puerto Rico showed an 80% decrease in lights, in total, immediately after Hurricane Maria for the entirety of Puerto Rico, with the longest power failures occurring in rural municipalities. The data also identified large disparities in electricity recovery between neighborhoods within the same urban area. Low-income neighborhoods with low density housing, those that were the least able to cope with the financial and health impacts of electricity losses, suffered the longest outages. After the storm, the Black Marble Scientific Team worked with emergency response groups such as FEMA and the National Guard so they could use the data to target their resources and efforts efficiently to minimize long-term impacts on residents. 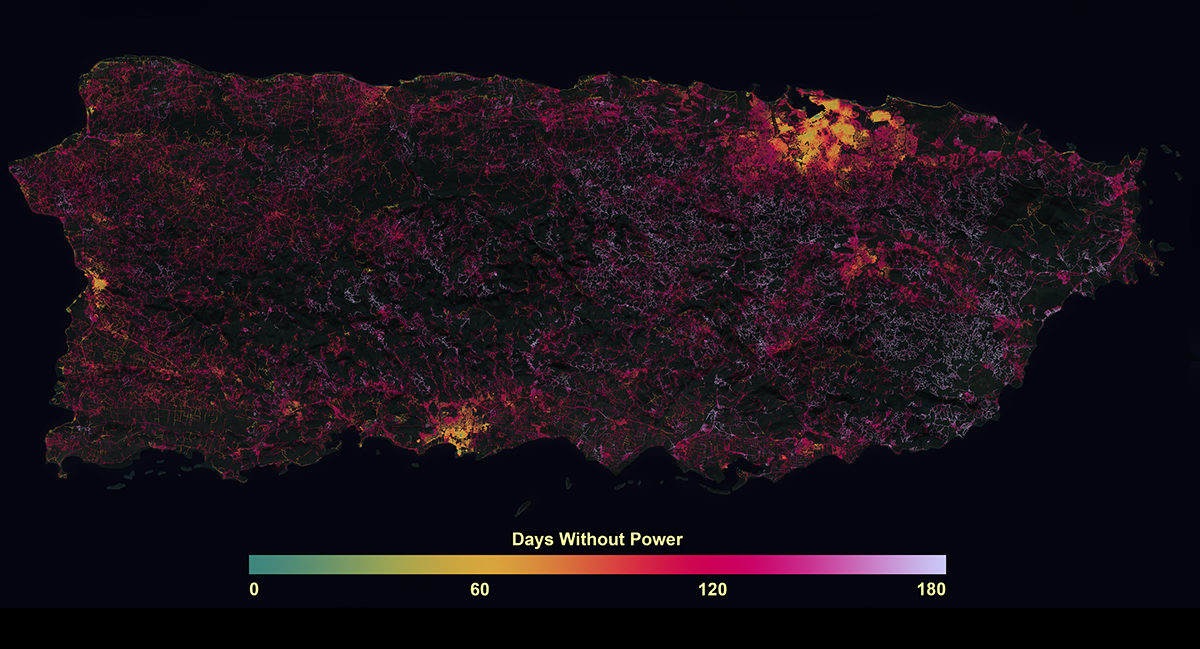