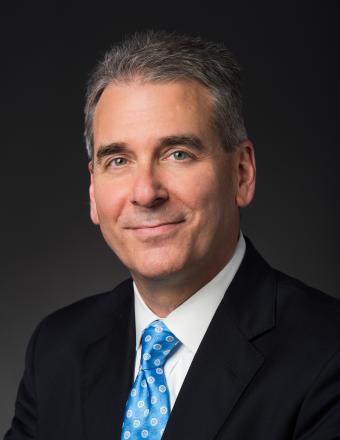 Jeff Isaacson became USRA’s seventh President and Chief Executive Officer in 2014.  USRA operates in association with 114 leading universities to support NASA, DoD, DOE, and NSF in the areas of science, technology development, and facility management.  USRA was founded in 1969 by NASA and the National Academy of Sciences.

Prior to joining USRA, Dr. Isaacson was Vice President for Defense Systems and Assessments at Sandia National Laboratories, where he was responsible for development and integration of advanced science and technology into state-of-the art systems for the DoD, NNSA, and other national security agencies.  His executive oversight included U.S. Nuclear-Detonation Detection System payloads and ground system; the Advanced Hypersonic Weapon; and the Laser Dynamic Range Orbiter Inspection System, which flew on numerous Space Shuttle missions.

From 2007 to 2011, Dr. Isaacson was at RAND Corporation, where he was Vice President and Director of the Arroyo Center, the U.S. Army's FFRDC for studies and analysis.  He had returned to RAND from Lockheed Martin Space Systems Company, where he directed systems engineering, integration, and test of the Space Based Infrared System-High.  Dr. Isaacson led the SBIRS SEIT organization through Nunn-McCurdy recertification, the first GEO end-to-end intersegment test, and completion of on-orbit checkout of the first SBIRS HEO payload.  Prior to joining Lockheed Martin in 2004, Dr. Isaacson served in a variety of research and management positions for nearly 13 years at RAND, including Vice President and Director of the National Defense Research Institute, an FFRDC supporting the Office of the Secretary of Defense.

Dr. Isaacson served 25 years in the U.S. Navy Reserve, retiring as Captain.  A member of the Navy Space Cadre, his military career included assignments at the Joint Space Operations Center and the National Reconnaissance Office.  He is qualified as an Information Dominance Warfare Officer and certified as a DAWIA Level 2 Program Manager.  He is a veteran of Operation Enduring Freedom, having served on active duty in Afghanistan from 2009 to 2010.

Dr. Isaacson is a former Chair of the Army Science Board.  He earned degrees at Columbia University, Princeton University, and the Massachusetts Institute of Technology, where he received his Ph.D. in theoretical physics.