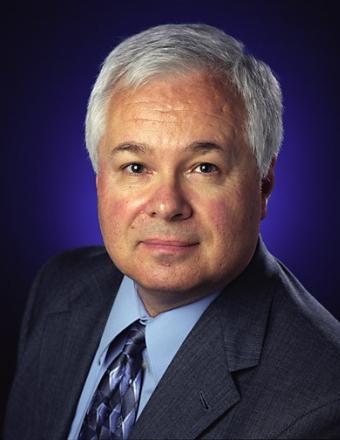 Bernie Seery serves as the Senior Vice President for Technology R&D and leader of the Technology organization at the Universities Space Research Association (USRA) in Columbia, Maryland. He provides oversight and strategic direction for all technology activities across USRA institutes, centers, and programs. These include work in quantum information sciences, space nuclear power and propulsion, aeronautics, autonomous systems, big data analytics, and space microgravity and space life sciences.

Seery came to USRA after a distinguished 29-year career as a senior executive at NASA’s Goddard Space Flight Center, where he served most recently as the Assistant Center Director in the Office of the Director. He was responsible for strategic planning, concept development, strategic collaborations, investment portfolio analyses and advanced mission architecture development. Prior to this, Bernie was the Deputy Director of the Goddard Sciences and Exploration Directorate, with management responsibility for the nation’s largest group of space scientists and technical support personnel.  As a senior optical scientist with expertise in lasers and telescope optics, he served on the Goddard Center Program Management and Executive Leadership Councils. Bernie began his NASA career at Goddard as Branch Head for the Lasers and Electro-Optics Branch, and he has held positions of increasing responsibility since, including Instrument Systems Engineer for the Hubble Space Telescope (HST) Advanced Camera, Project Manager and Chief Architect for NASA’s Webb Space Telescope, and Head of the Systems Engineering Division.  He was the NASA Headquarters Deputy Associate Administrator for the Biological and Physical Research (OBPR) Enterprise from 2001-2002, managing a $1B R&D portfolio for the human space flight program. He was later Director of the Studies and Analysis Division in the Headquarters Program Analysis and Evaluation Office (PA&E), and Director for Advanced Planning in the Office of the NASA Administrator. He twice received NASA’s Outstanding Leadership medal, along with the Exceptional Service Award and numerous other Group Achievement awards, and he has been a member of the Senior Executive Service since 2003.   Prior to his public service, he was a laser physicist and Department Manager at TRW’s Space and Technology Group in Redondo Beach, California, where he was awarded the Outstanding Principal Investigator Award for 8 straight years. Bernie began his career as a staff member in the Laser Physics Division at the Los Alamos National Laboratory. His accomplishments there include the development of an interferometric wavefront control and automated alignment system for the Helios 15 Terawatt CO2 laser facility, a key portfolio element in the DoE’s Inertial Confinement Fusion Program.  He is a graduate of Fairfield University, the University of Arizona’s Optical Sciences Center, and the Harvard Kennedy School of Government, Seery is a Fellow of the International Society for Optics and Photonics (SPIE) and member of the American Physical Society.