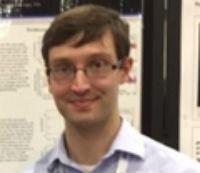 Charles was originally interested in physics, but after taking some college classes and having the opportunity to do research in astronomy, he realized he loved learning about astrophysics even more. He became fascinated with the process of observation and data collection. He says, "The exposure to real data and a vibrant community of scientists all interested in learning about space and our place in the universe was incredibly exciting."

Charles' initial foray into astronomy research was studying short gamma ray bursts with the Swift satellite as part of an internship at NASA Goddard Space Flight Center. At Harvard, he has investigated diffuse interstellar bands in the optical spectra of massive stars, and studied the evolution of oxygen spectral lines in nebular-phase supernovae. He has also used the Submillimeter Array to conduct radio observations of Young Stellar Objects. In all he has done observations and data analysis using a variety of telescopes in a number of wavebands (and has picked up a number of programming languages and software packages along the way).

He didn't envision doing any of this when he was child! He thought he might be a writer.

Charles' advice for students applying for scholarships is to choose as recommenders "choosing people that can speak to your research abilities as well as people that you know you personally to some degree."