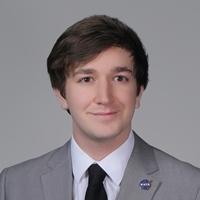 Growing up, Connor always had a tendency to build things. Following his older brother, he joined FIRST robotics and credits it as his starting point for all that has followed.   He worked to make his dreams of building robots come true, not realizing the he would ultimately be working with a robot on the surface of another planet.

Connor had the opportunity to work at the Johns Hopkins University Applied Physics Lab while still in high school, where he learned the fundamentals of engineering as they applied to the aerospace industry.  Through his mentors he learned the importance of experience, application of skills, and learning from failures.  Connor also worked on projects in planetary science.  During meetings with the scientists, he wondered, “How can I design and build satellite instrumentation, dedicated to doing science, if I do not understand the science needing to be done?”  He decided the solution was to study both.

In the Planetary Science department at Purdue he has worked on developing data products for the Mars Science Laboratory (Curiosity Rover) to diagnose source and chemical make-up of rock features (and is presenting the results of one of these studies at a planetary conference in spring 2019). Connor has also worked on a number of aerospace engineering projects, including a mission design to send Cubesats to the moons of Mars.  Connor says, “There is nothing more amazing to me than being given the most finite amount of information possible, through years of work on a spacecraft, and then drawing conclusions regarding a phenomenon that occurred potentially millions, or billions of years ago.”

He has given back to FIRST robotics a hundred-fold, managing hundreds of teams, organizing events, and mentoring students.  He has also sought to make FIRST more diverse, and founded and directed an all-girls FIRST Tech Challenge Robotics program.

Connor’s advice to those applying to scholarships is to seek references who can has seen improvement in your work and can speak to your “passion for the field, hard work ethic, and positive attitude – even if there are no research [experiences].”