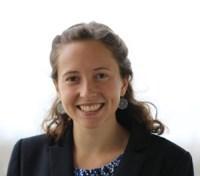 Hannah grew up in Cocoa Beach, Florida, watching from her driveway as rockets launched from Kennedy Space Center.  Despite her proximity to KSC, she never considered pursuing a career in space research until a transformative experience during high school.  Through the Kennedy Educational Experience Program she had the opportunity to help scientists at KSC prepare flight hardware for the Vegetable Production System, an experiment which produced the first crops harvested and consumed on the International Space Station.  Working with the “Veggie” group illuminated Hannah’s passion for space life sciences, and she has been pursuing research opportunities ever since.

For the last two summers, Hannah has interned at the Florida Space Institute, where she helped developed design strategies to fabricate regolith-based means to prevent degradation of medication from cosmic rays for Martian colonies.  She is interested in conducting further studies on radiation protection techniques to shield astronauts during surface operations and EVA.

Hannah also co-founded “Positive Feedback” during her time at the University of Florida, which is a science fair mentorship program for underserved middle school students.  Working with community leaders and teachers, her team won a social entrepreneurship grant to provide equipment and socially aware mentors to students who would otherwise not have the resources or opportunities to develop sophisticated, competitive science fair projects.  Hannah is immensely gratified by the impact this program has had on both the students and the mentors.

Hannah is interested in crew safety for human operations in the harsh environments on the Moon and Mars, including studying radiation effects on the human nervous system.   By continuing in the field of space life sciences, she wants to better our understanding of how space environments impact astronaut health, and develop protection measures for the next era of crewed spaceflight.