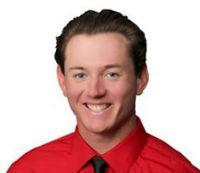 Growing up in the outskirts of Phoenix, Jeremy had lots of opportunity to be inspired by the night sky. He says, "My first vivid memory is actually going out and looking for the Hale-Bopp comet as it passed by the Earth in 1997-98, and that has stuck with me throughout the years."

Jeremy has participated in a number of research projects over the summers and during the school year. At an internship at Arizona State University he classified and reduced raw image data from the Large Binocular Camera, and created a Java tool to interpolate stellar evolution model tracks. For the latter, he is co-author on a paper published in a professional journal. At Harvard, in a project he found extremely rewarding, he developed a Python program to simulate the spectrum of an Earth-like planet around another star as it would be seen by the James Webb Space Telescope. He is a self-proclaimed "numbers" person and adept at computational astrophysics.

Jeremy also participated in the Leiden/ESA Astrophysics Program for Summer Students (LEAPS), which was based at Leiden University. The program introduced him to the global astronomy world and gave him some valuable research experience that has helped him decide on goals for his career.

For preparing scholarship applications, he advises choosing references based on how well they know you both as a person and as a student. He adds, "Students should apply for as many scholarships as possible...because it provides experience with the application process and, statistically speaking, increases the chances of being awarded one."

Jeremy is also active in a number of astronomy and physics clubs, and plays on the Harvard club baseball team. Interestingly, as a 10-year old, he was interested in both baseball and astronomy.