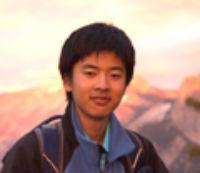 Qicheng been interested in astronomy for as far back as he can remember, having picked up amateur astronomy as a hobby many years ago. He grew especially interested in the things in the sky that change from night to night, which are primarily objects in the solar system. He now finds planetary astronomy research particularly fascinating and rewarding due to the relatively near-term (~100 yr) implications it may have on our society and infrastructure as we increasingly interact with objects in space beyond Earth.

Qicheng is primarily interested in small bodies in the solar system, and has worked on mitigation technologies for asteroids or comets that threaten to impact the earth. This involves understanding how these small bodies might disintegrate under heating from high-powered lasers. He has gained Insight on this by studying sungrazing comets.

Qicheng feels he is fortunate to have research mentors who have supported his involvement in research since his first arrival at UCSB. In addition to providing him opportunities to present at conferences and forge collaborations across the country, his mentor has also provided him the freedom and resources to pursue his own research interests. In turn, he has mentored a high school student for a summer research project, and participates in outreach events to the general public.

His advice to students preparing scholarship applications is "to organize a coherent narrative connecting past, present and future. Each component of the application should have meaning, telling one part of an overarching story."